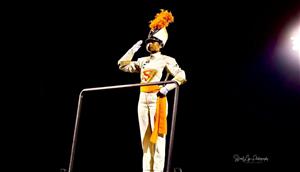 On Sunday, November 20th in Miami, Florida, your Warhawks gave the performance of a lifetime against the top nineteen Class 3A marching bands in the entire state and emerged victorious.
It was a windy, rainy day in South Florida, and the students did not flinch as they captured caption awards for best Percussion, Music, General Effect and the overall highest score: 93.35.
This is Seminole’s 5th state championship in the circuit in 25 years (2006, 2011, 2012, and 2018) and our highest gold medal score in the school’s history.
Watch the award ceremony:
Copyright © 2002-2023 Blackboard, Inc. All rights reserved.