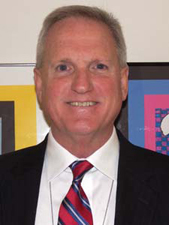 In July, 2007, he was appointed Director of School Operations. In this capacity he worked closely with the Area Superintendent and as a direct liaison with secondary principals and school communities relative to attendance and disciplinary concerns as well as overall school operations.

In 2010, Mr. Kennedy was appointed to the position of Region Superintendent. In 2012, the position was revised to Area Superintendent. Currently, as Area 1 Superintendent,  Mr. Kennedy is responsible for the management and supervision of elementary, middle, high, and fundamental schools. He serves as a liaison between the schools, community and superintendent’s office, and works on a daily basis with schools to assist them in delivering an education that is supported by timely research, grounded in best practices and beneficial to all students and community.

Mr. Kennedy received a Bachelor of Science degree in History and International Affairs from Florida State University, Secondary Social Studies Certification from University of South Florida, and a master’s degree in Educational Leadership from the Nova Southeastern University.