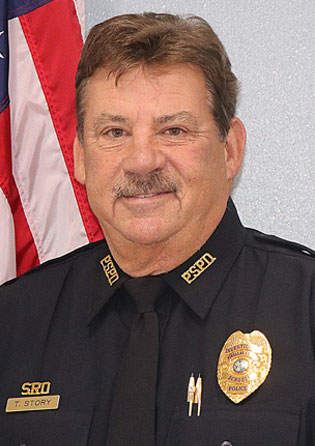 Officer Story began a career in law enforcement by joining the St. Petersburg Police Department in 1978.  Officer Story had 29 years of service with SPPD and rose to the rank of Major.  He worked/supervised in a variety of assignments that include Patrol, Robbery/Homicide, Internal Affairs, and the Training Division.  Officer Story also had additional responsibilities such as Breathalyzer operator, Polygraph Examiner, and Field Training Officer.  He was a TAC (Tactical Apprehension and Control) officer for 6 years and the Commander for 3 years.