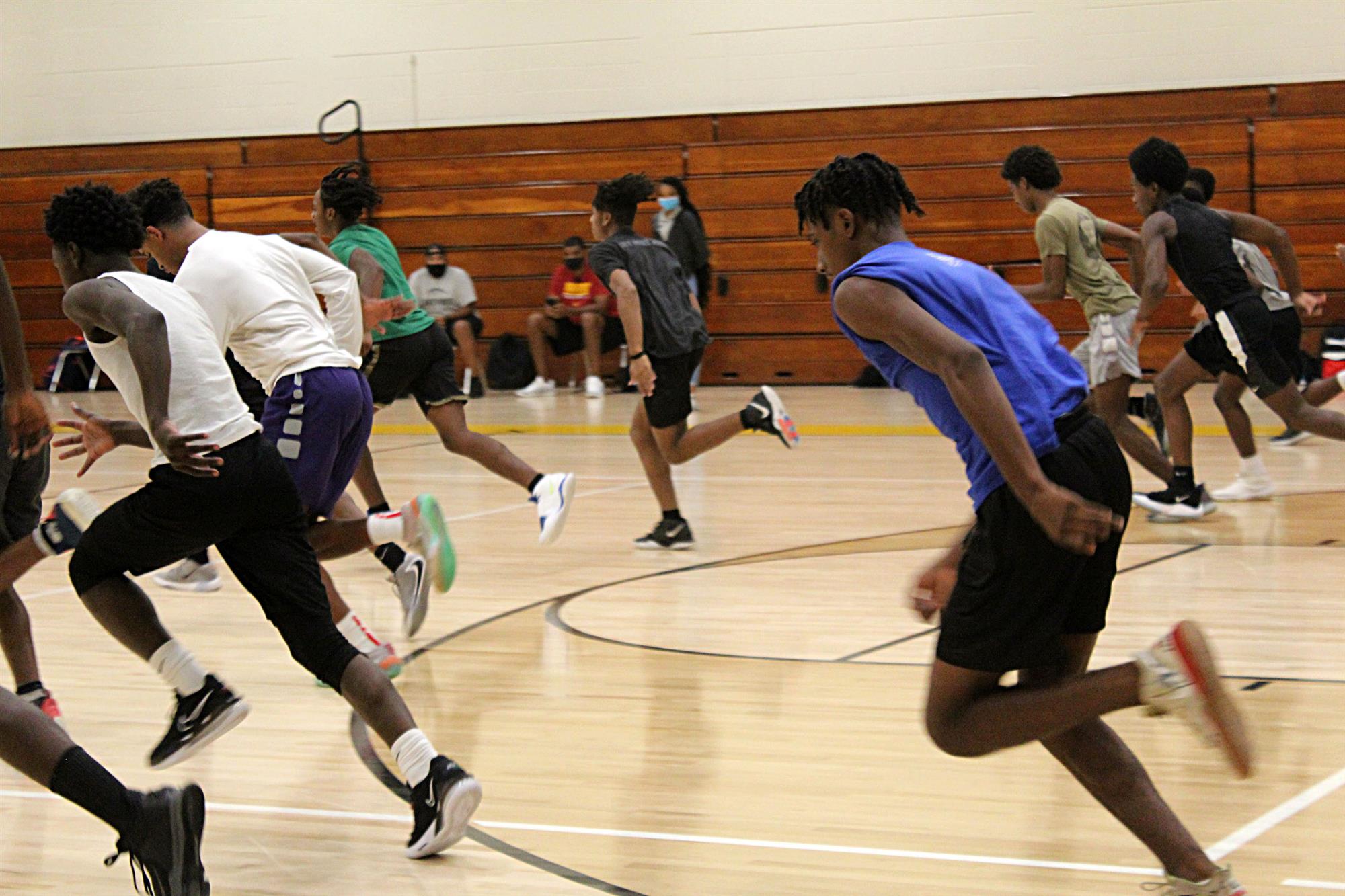 Varsity and junior varsity basketball players run up and down the gym
to warm up before practice in mid-November. Tonight the varsity team
faces Southeast High School. (JAMMISHA SMITH | SNN)

There were high hopes for the Lakewood High School boys’ basketball season this year. Lakewood was coming off a 24-6 season last year, winning 80% of their games. However, when COVID-19 hit, it threw a wrench into everyone’s plans.

When one of the coaches got COVID in late December but was asymptomatic, he attended a practice. Once his virus was confirmed, the basketball team had to be quarantined, putting their entire season in jeopardy.

On Dec. 29, 2020, the first quarantine began. According to coach Anthony Lawrence, both the junior varsity and varsity had to be quarantined. This caused the team to miss 10 games, and twice as many practices.

The team came back on Jan. 11, only to find out that they were going to be quarantined once again, starting on Jan. 12.

The team will obviously be affected because of so much time lost.

“I think we will be a little out of sync from not practicing,” said junior varsity starting point guard Ryan Morrow, a sophomore. “Maybe that team chemistry and cohesion we had going into the Clearwater game will be a little off.”

Morrow, however, said that if everyone was practicing by themselves, the team would be able to bounce back quickly.

On the varsity team, starter Anthony Perkins, a senior, said the team would need to put max effort to push themselves back into competitive shape.

“Really just play hard and give 100% every practice,” Perkins said.

The basketball team returned to school on Monday (1/25), and the season will resume once again. Tonight (1/27) they face Southeast High School at home at 7 p.m.

Coach Lawrence said he was skeptical.

“Not sure we can,” he said. “(There has been) too much time without practice, and we missed too many games.”

However, the confidence of the Spartans shined through the players, as both Perkins and Morrow said both teams will be able to be competitive.

“We’re a good basketball team. … Everybody is excited to get back to play, so we kind of have motivation to play,” Morrow said. “Even if we do have just a couple games, we’re going to make them count.”