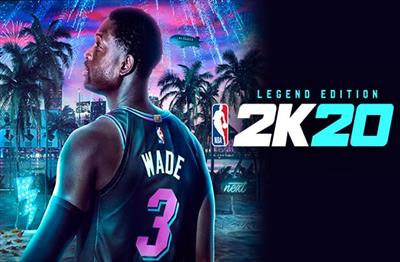 The pros: Another slam dunk

NBA 2K19, last year’s basketball game, dropped in September of 2018. That game had numerous issues. Players would lag out of game and gameplay was horrible. Players also didn’t have the freedom to design their players’ skills.

In this year’s version, they do – and that is the best part of the new game. The rating for NBA 2K20 via Reddit is 4.5 out of 5, which is the highest in 2K history.

The game, which came out Sept. 6, gives you the ability to design your playing style by pie charts. Gamers can now pick certain attributes that their player will be good at. For example, you can make your player more of a shooter, defender or slasher this year.

You can also give your player a certain number of points for each attribute, after picking your pie chart. There is also a pie chart for physical attributes such as speed, strength, vertical and acceleration.

NBA 2K20 is a game based around the actual NBA. I’ve been playing since 2K16, but the game just hasn’t been the same since then. In September, 2K20 was released and it’s horrible. The part of the game that’s horrible is “The Neighborhood,” also known as the park.

The park this year is no different from last year. All the developers did was add trees and change a store or two. I think having to run from store to store, your court, the gym, stage, spin the wheel and pro am is just excessive, not to mention you have to run around the courts to find a game.

When it launched a month ago, I could make a whole sandwich before I even loaded into the park when it should take only two minutes. Then after you wait two years to load in you can only play for 10 minutes before it crashes, and then you must restart the whole game.

Playing the game isn’t any fun. It’s just a bunch of turtles running around on a court who can’t shoot. The developers nerfed the two biggest aspects of the game - dribbling and shooting. In previous 2Ks, you could dribble and move around freely (excluding 2K18 and before 2K16). This was my favorite aspect of the game. While 2K20 is mostly spins and behind the backs with the help of a screen.

The cost of the game is anywhere from $59.99-$99.99, depending on the issue you buy. If you haven’t bought the game yet, I’d recommend saving your money.