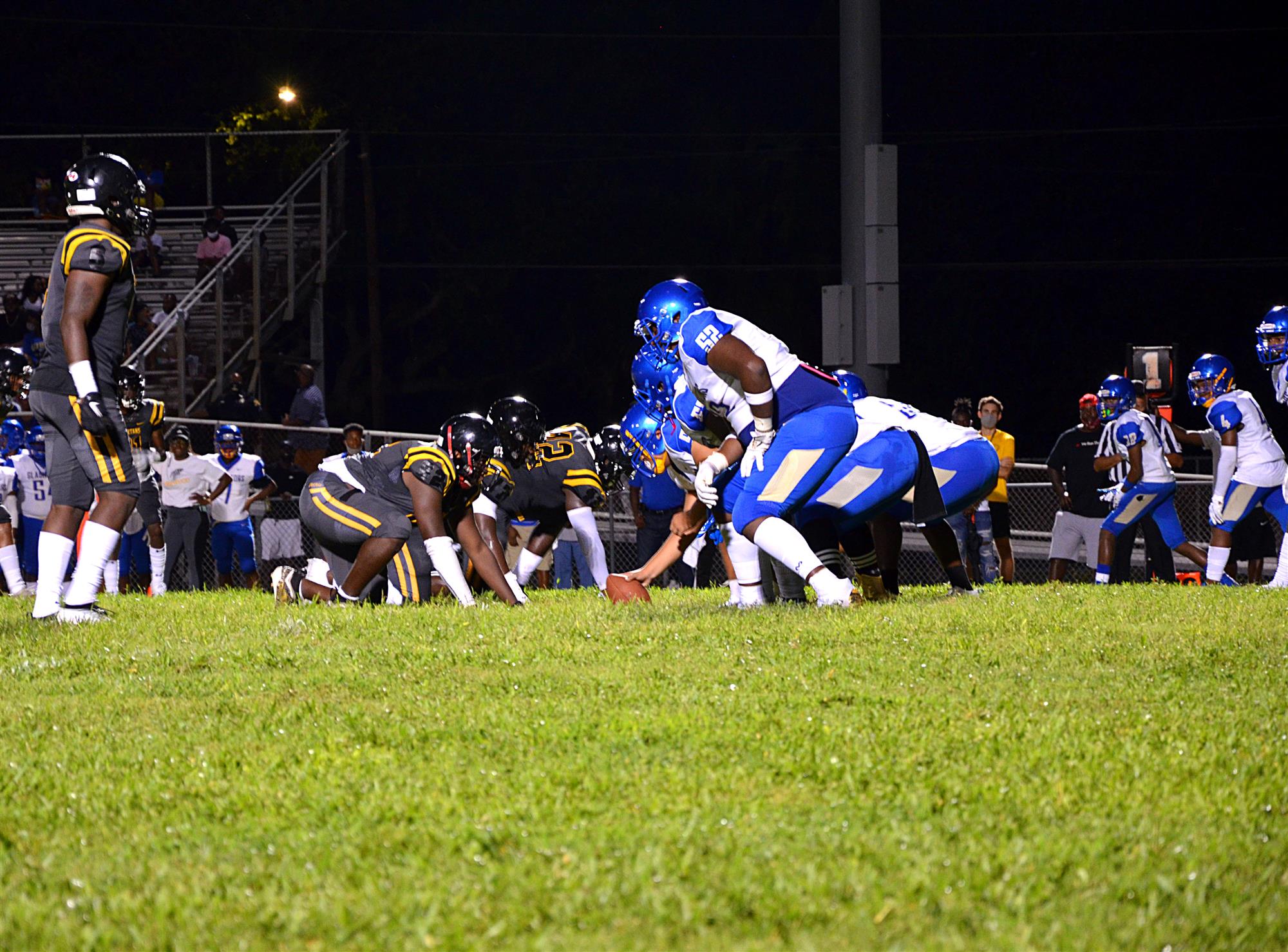 The Spartans ended their regular season with a record of 7-0. Don’t let the undefeated record fool you. The regular season brought challenges, and the team had to overcome a lot of adversity.

“The main challenge was COVID-19. Nothing is the same, everything we do we have to be split up in groups, we can’t do it as a team,” senior Jocolbi Morgan said.

One challenge that came up was some unexpected competition. The Spartans were blowing teams out left and right until Oct. 30 when they faced the Largo Packers at home, their hardest game yet up to that point.

“We weren’t really in sync that night, and we made a lot of mistakes. Fortunately, we came together at the end and still got a good win,” sophomore Taveon Wheeler said.

The Spartans got by the visiting Largo Packers with a score of 14-10 with wide receiver Artez Hooker Jr., a senior; kicker Nate Sosa-Jones, a sophomore; and wide receiver Derric Turner, a senior, all contributing to the score.

The last regular season game on the schedule was an away game against the Plant High Panthers. The Spartans came back home with a blowout win 52- 6. Hooker, senior Jayden Rucker, junior Amari Niblack and quarterback Jack Smitherman, a senior, all scored a touchdown, while wide receiver Terrell Crosby, a junior, scored three.

“The game against Plant we focused on winning. We’ve already had a game plan that we were going to finish with a bang. Three is the most touchdowns I’ve scored in a game,” Crosby said.

Onward to the playoffs

Playoffs are really a time to prove yourself. Your record is wiped. All the teams in the division start at 0-0, you have to buckle down, get the details right and win every game. All the fans can do is wait - but the Spartans coaching staff and players have high expectations for themselves.

“I expect the team to execute and to play on a state team level as they should,” coach Cory Moore said.

In their first playoff game Nov. 13, they faced Astronaut High School on their turf, coming home with a staggering win, 26-13. The next game to mark on your calendars is the semifinals on Friday against Tampa Catholic at 7:30 p.m.

“We are going to win playoffs and go to states and win states, because we have a good work ethic, and coach Moore prepares us for anything coming our way,” Hooker said.

As a student athlete you learn to have a pick-up and leave mentality. You can’t be focused on one game you lost because there’s always a next season, always a next game. For the 25 seniors on the varsity team, however, this isn’t the case. Their high school football career is coming to an end and as playoffs wind down, they get to choose their ending: “win or go home”

With a 65% of college admission test participation for the school, their future exceeds just football.

“I plan to go to college and study pre-med to become a neurologist,” Hooker said.