Baseball team is confident for the future 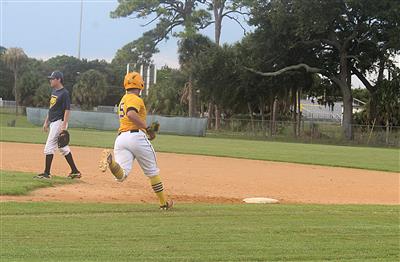 Junior Ollie Hahn runs for the base trying to make the run for the team. (JAMMISHA SMITH | SNN)

After a successful fall ball season, Lakewood’s baseball team is feeling optimistic about the spring. In fall ball, which can be considered a pre-season for the spring, the rules are more lenient and allow new players to practice and bond with other teammates.

The team ended the season in December with a 19-10-2 record.

Senior Scott Germak said even though the team had some challenges, the fall season has made him hopeful for the spring.

“I started to not have as much faith in us, but I now have renewed faith for the spring,” he said.

Baseball coach Jayce Ganchou said his goal is to bring the spring team further into regionals this year. He is feeling especially good about this since the team had a winning record. One of the team’s weaknesses is that many of the outfield positions are up for grabs because so many players graduated last year. One of the team’s strengths is their pitching.