Catered lunch could be the answer 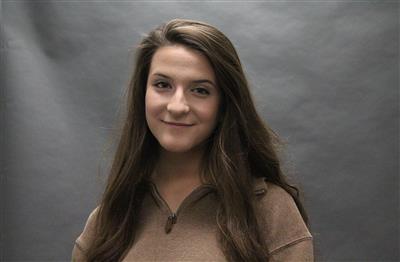 High school students across the nation are going hungry - and it’s not because the schools aren’t feeding them enough. It’s because they’re choosing to.

In 2010, the Healthy, Hunger-Free Kids Act was passed by President Barack Obama. It declared that all schools reevaluate and adjust their breakfast and lunch menus so that menu items would be healthier. On the surface, this seems like an easy way to cure the daunting childhood obesity crisis present in today’s kids. However, what this movement truly entails is a little frightening upon entering any school cafeteria.

In an effort to be less “fattening” or “unhealthy”, the food has also been made much less appealing. Students have steered clear of the cafeteria for
years because of the food served in the long lines.

The solution to this problem is no astronomical theorem. It’s what kids have been asking for all this time: catered food served in schools, specifically public schools. If students had the option of purchasing the food that they like as opposed to the food served by the county, the percentage of kids who make the decision to not eat during the school day would significantly decrease.

As reported by the New York Times in September 2015, many students who receive the lunches for sale in the cafeteria will actually throw them away due to the lack of appetite they produce.

Those who oppose this idea might argue that mass producing food in such a way is impractical, difficult to organize and financially straining. However, if schools created a way that students could have the choice of purchasing the school lunches or the catered food for a raised price, whether that be from student-based organizations or even the school cafeteria, students would look forward to lunchtime much more than they currently do, which is undoubtedly worth the effort.

By offering catered foods to students from restaurants and cafés that have a consumer demographic similar to those of American schools, schools would be appealing to the interest of their students in one of the most universally loved ways - food.

Some of these food services might be Chick-Fil-A, Chipotle, Tropical Smoothie or Starbucks.

If our schools offered them to us at a higher price than the county-provided meals, I believe that not only will the revenue be increased, but more importantly so will the number of kids eating in the first place.

Let’s face it: Our school lunches are hardly lunches. Although they are inexpensive and desired by some, there is still a very large demand for tastier meals by students nationwide. It’s time we are given the choice between what we want to eat and dried out bread rolls with mystery meat. School takes away enough of our freedoms as it is. We cannot as a student body let them take away our appetites too.