‘If you see something, say something’ 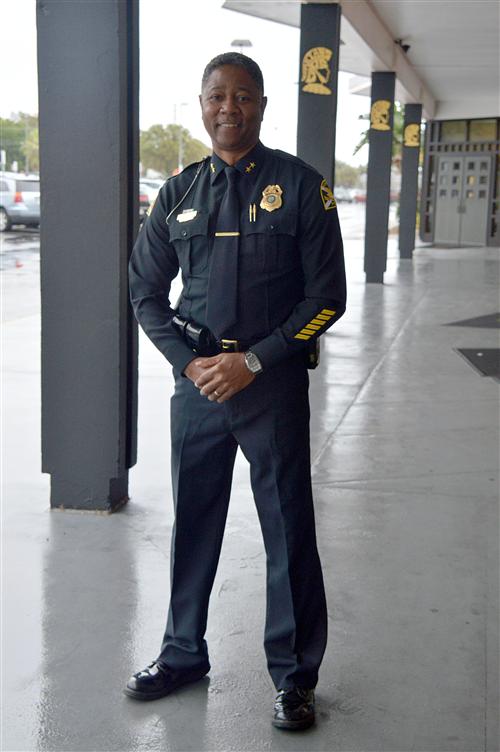 A: I think from a standpoint of what we see daily, it’s video games, like Call of Duty. But you can’t push the restart button and start over and come back to life. Part of it is a lack of respect for life. We’ve watered down what life is. We used to have fistfights. Now folks are pulling out guns.

A lot of the guns are being stolen and used by kids. And a lot of the times they are from unlocked vehicles. How irresponsible can a gun owner be?

Q: Have you noticed that gun violence is becoming more prevalent? Is seven a lot of young men/adults to die as victims of gun violence?

A: One is too many. All were under 25 and the majority were 18. Think about the potential they had. We had seven in succession. That is a lot of violence. … It comes back to us as a community respecting each other. … These were people who started out the year thinking their futures were ahead of them, and by the end of the year their lives were snuffed out. … It reflects what we see in movies. When the credits move, everyone goes home, but in real life the victims’ and shooters’ lives are impacted.

Q: How do you think we can prevent this?

A: By having conversations to know that life is real and death is permanent. Go talk with someone if you have a beef. … Sometimes people don’t realize what they’re fighting about.  … It can be prevented through communication with each other – young and old alike. Also by looking at how we handle things – a lot of these guns were stolen from cars. Leaders talk a good game, but this whole community needs to come together to stop the violence.  We take at least two guns off the street every day, 365 days a year.

Auto burglaries and thefts – 90 percent are to unlocked cars.

Q: Are any of the victims’ gang affiliated?

A: We have folks who are affiliated with neighborhoods. And some kids are causing problems. Yes, a few are doing this “for my neighborhood.” You are who you hang with.

Q: Were any of the victims targeted?

Q: Do you think there’s a connection between each of the incidents? If so, what is it?

A: Each knew the person who killed them. Other connections – stolen guns and stolen cars.

Q: How is the investigation of the unsolved murders going? Is it going cold or are there leads that police are following?

A: Each one – we know who did it and they’re arrested or we’re looking to put them behind bars.

Q: What do you think of the fact that some people don’t want to give information on the shootings? Why do you think that is?

A: Sometimes people are fearful of retaliation but if the roles were reversed – if one of my family members were killed, I would want them to tell…. There are things we do to shield where the information comes from. The snitching thing is blown out of proportion. If you see something, say something.

Q: Did the march against gun violence make a difference in any way? Have any guns been turned in since? How many?

A: The march made a difference. It demonstrated that the entire community – black and white, male and female – everyone is affected. I brought the conversation to the forefront. We’ve had a few people turn (in guns).  We took four AK-47s off the street just on New Year’s Eve.

A: Not sure. … (But) if everybody got a gun, why would you need the police? Then it’s the Wild West. I won’t know who’s the good guy and who’s the bad guy. Some people think more guns solve the problem. My thought is they add to the problem. Guns on campus? It’s like pouring gasoline on a fire. The only reason I have one is because of my job. Otherwise, I probably wouldn’t have one.