Freshman Vasques Fredrick registers his bike with Police Officer Maureen Rulison of the St. Pete Police Department on April 6. The police department and city officials came to Lakewood High to help students register their bikes and supply them with helmets, lights and reflectors. (JAYLA BRISCOE | SNN)

Lakewood High School students who ride their bicycles to and from school received strobe lights and helmets and were able to get their bikes registered on April 6.

The give-away came about because the Florida Department of Transportation found 1,081 lights that were sitting in a closet, so the agency decided to give them to schools and place them on students’ bike.

“It’s exciting. I love to see the schools aren’t keeping them in the office. I love that the officers are working with the kids,” said Casey Morse, who works with the Pinellas County traffic department.

In Florida there are two bike and walking fatalities a week. In 2013, 4,735 pedestrians and 743 bicyclists were killed in crashes with motor vehicles, according to the National Highway Traffic Safety Administration. 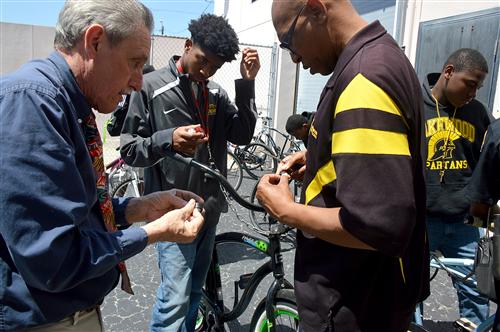 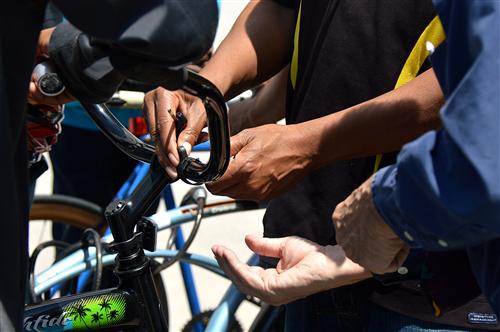