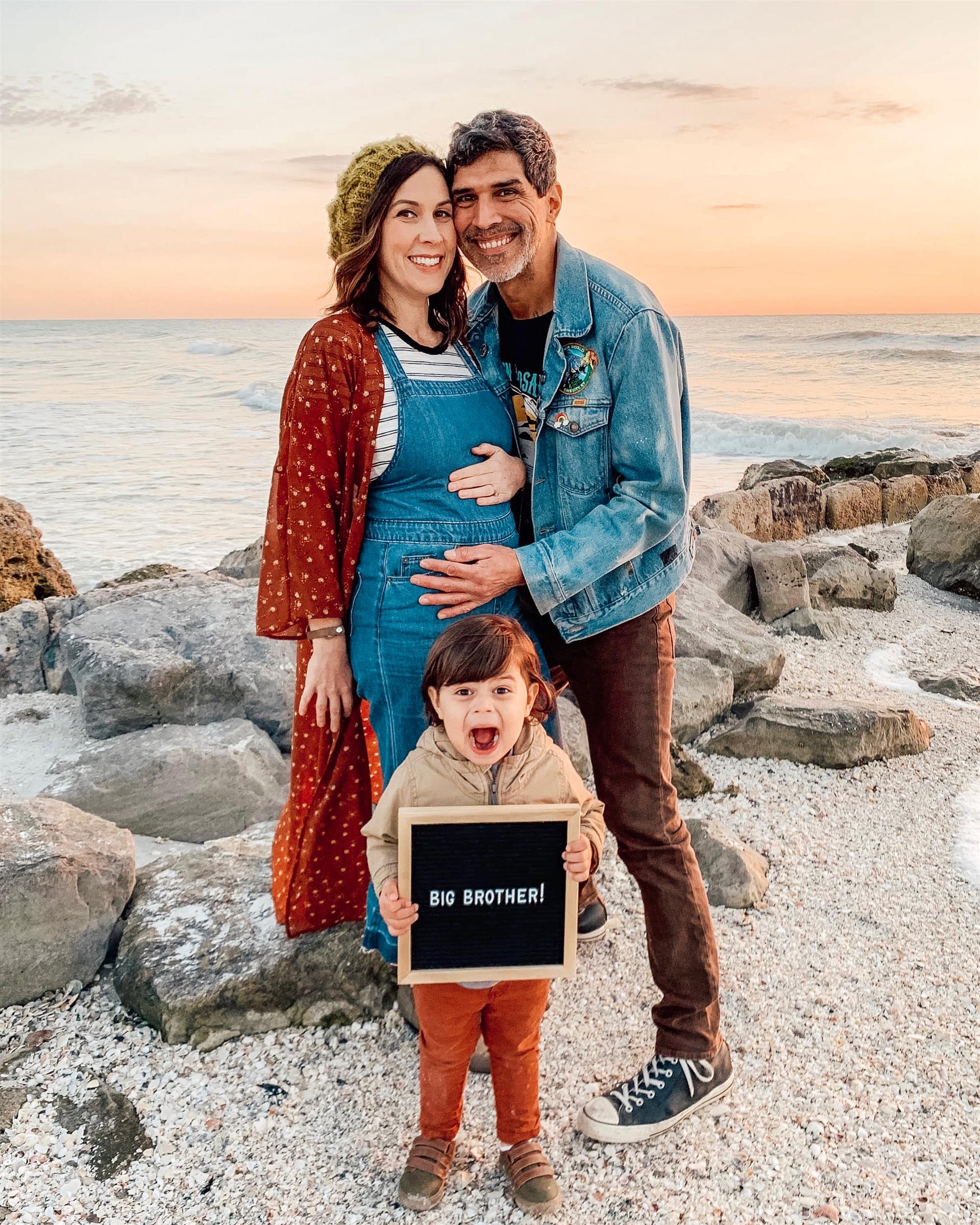 From left, English teacher Kate Drof and her husband Steve Pope stand on the beach with their son Milo in front of them, while he holds a sign that reads "Big Brother." Drof is expecting her second child on July 12. Drof will not be back until almost the end of the first semester of the 2020-2021 school year. (SPECIAL TO SNN)

English teacher Kate Drof is no stranger to parenthood. She already has one child, a son named Milo, who’s soon to find a sibling for himself, since she’s expecting her second child on July 12.

“We have no idea what we are going to name them, we are still trying to figure it out,” Drof said.

While Soon, Drof’s household will have to host another small child, in addition to the three people and two dogs who already live there. Drof is also aware that additional financial pressure will come from the soon-to-be newest member of their household, but she is confident she will make it through.

Milo doesn’t know what exactly is happening, according to Drof, but she is confident that he will be a great big brother. Whether Milo will be getting a brother or sister doesn’t matter to Drof, she said she will be “thrilled either way.”

“The gender doesn’t matter at all, I just want them to be healthy,” Drof said.

Having a child tends to take priority over the mundanities and nuances of one’s life and career. In the instance of Drof, her teaching will have to go on pause for the first 12 weeks of the 2021-2022 school year, almost the entire first semester.

“It stresses me out because of my type A personality. I want to be there because it’s the beginning of the year and first impressions are important,” Drof said

Drof’s husband and father to the family Steve Pope, a plant operator here at Lakewood High School, despite being “terrified” at the prospect of having a second child, said he was looking forward to “showing them the world, as cliché as that must sound. Little things like doctor visits or car trips.”

Her students and teacher friends aren’t upset by this, though. In fact, they seemed excited for Drof.

Senior Kyla Martin says the whole situation is amazing, since she loves Milo already, so Martin being disappointed doesn’t seem like a possibility.