Boeing 737-800: what caused China Eastern’s most reliable aircraft to crash? 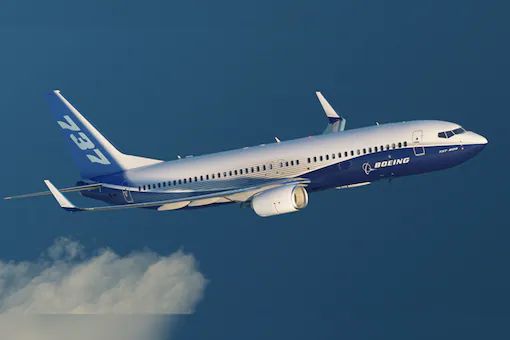 So far, none of the 132 individuals that boarded China Eastern’s Boeing 737-800 flight have been found in the aftermath of its nose-dive crash this Monday, March 21st, in southern China.

As reported by Bloomberg, while mid-air at an altitude of about 29,000 feet and traveling at a speed of 595 miles per hour, data recollections of the flight report that it randomly entered a sharp descent into the mountains of the Ganji Province. Videos of the event align with noting its intensely steep decline preceding its collision, instigating concern as to how a seemingly normal flight unraveled into China’s worst air disaster since over a decade ago.

Here are two main investigatory concerns we see regarding the circumstances of the crash:

More specifically, the plane was traveling close to the speed of sound sometime before its plunge. Crash experts are not able to pinpoint the exact speed at which it traveled due to the requirement of analysis on horizontal speed fixtures, but the estimate amounts to a range of 640 to 700 miles per hour; in comparison, speed, with a general air temperature decrease, travels at about 663 miles per hour in accordance with an altitude of about 35,000 feet.

The foreseeable issue that would follow the validity of this estimate is what it entails about determining what occurred before the crash based off of wreckage evidence; in addition to other severely destroyed evidence, voice and data recorders that are usually quite strong against disasters can be possibly damaged beyond repair and therefore may not be sufficient for retracing data in the investigation upon discovery.

It is also important to note that before it had made its descent, it was already speeding at a ratio that was abnormally high in accordance with its altitude, according to Bloomberg. Below 10,000 feet, it is not normal or advised for an aircraft to travel over 288 miles per hour—and it was traveling about 200 miles above that very average, at about 470 miles per hour.

This urges the question of how the jet reached this point of acceleration and shift under these normally routine conditions of travel. Were the pilots compromised? Was this an issue of system malfunction? This brings us to our next point:

There is an essential distinguishment one should make between Boeing’s various aircraft models: the Boeing 737-800 is not the same as the Boeing 737 Max. The latter was infamous in the past for its potential unreliability after two lethal crashes in 2019 and 2020 involving its model usage; it was subsequently grounded after the incidents. Various investors and general communities have concluded that the recent crash this Monday can easily be attributed to dangerous implications of using a model from the 737 fleet. This has led to a drop in stocks for Boeing overall.

However, the confusing aspect of this issue that contradicts the argument of unreliability is that Boeing’s 737-800 models have a substantial and impressive safety record. For the past seven years, the 737-800 aircraft has safely flown passengers to and fro throughout the globe, with various distributors and airlines utilizing the model. 5,000 have been built since the late 1990s, and it is still widely flown to this day. Is it yet safe to say that one can blame the plane crash on its make and model, when its past flight history has otherwise been stellar? Even if the accident’s cause were to be a matter of system malfunction, it seems more likely to crash experts that such a malfunction would come about from a circumstantial standpoint more so than a natural predisposition for fated failure.

And that’s where the question remains of what occurred in the remaining moments of the crash; what could have happened for the aircraft to have plunged so steeply down at a terrifyingly high-energy course? The investigation becomes more complex in wake of these questions, still unsupported as of yet by any concrete evidence of final-minute data transmissions. Though general remnants of credit cards, passports and personal belongings string the wreckage through, rescuers have yet to recover any survivors and are still in the midst of their search. Meanwhile, investigators seek answers as to what might have gone down before the crash.

The U.S. National Transportation Safety Board (NTSB) will aid the CAAC in further investigation of the disaster.