Aydan Soto, a rising sophomore at Osceola Fundamental High, was named the United States National Champion in Microsoft Word 2016. The competition was held June 13-15 in Atlanta, Ga. As a result, Aydan won $3,000, a medal, trophy and an all-expenses-paid trip to compete in the MOS World Championships which will be held July 29- Aug. 1 in Orlando. Last year, the competition attracted more than 560,000 candidates from 122 countries who demonstrated their skills in Microsoft Word®, Excel®, and PowerPoint®. 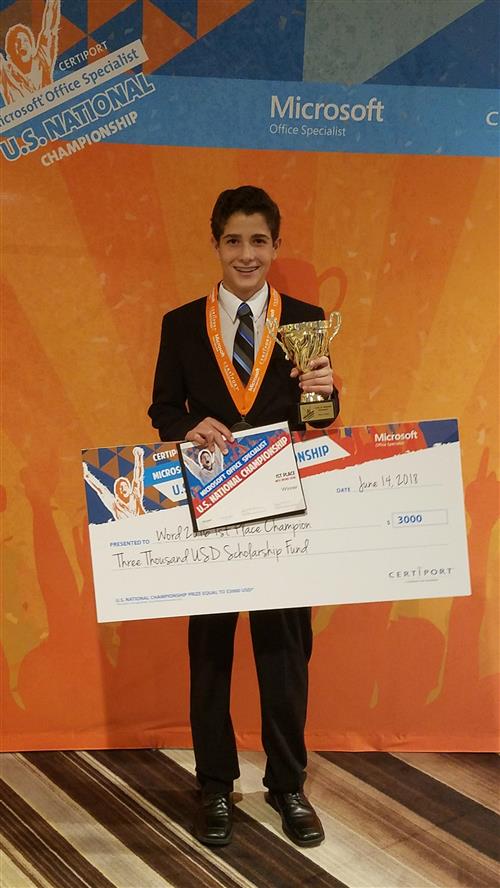