Cadet Major Leticia Andrade is the senior ranking cadet in Clearwater High’s MCJROTC program and received a $180,000 scholarship for full tuition, an annual book stipend and a monthly stipend. She will attend the University of South Florida in the fall and plans to pursue a degree in civil engineering. 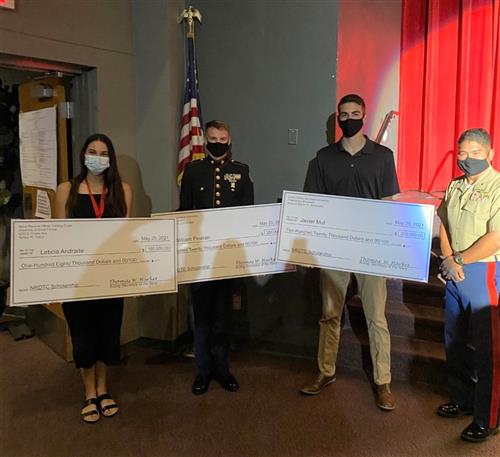