Kathy Biddle was at a loss for words when they gave her the news Friday afternoon. Mrs. Biddle was told that Clearwater High School’s newly installed turf football field will be forever named in her honor. It will now be called the Katherine H. Biddle Field at Jack White Stadium. It is the first football field in the county to be named after a female.

Mrs. Biddle has worked tirelessly at Clearwater High. In addition to teaching and coaching, she is the Athletic Director, the school’s Graduation Coach, and for the last 20 years she has served as the Senior Class Sponsor and Graduation Coordinator. 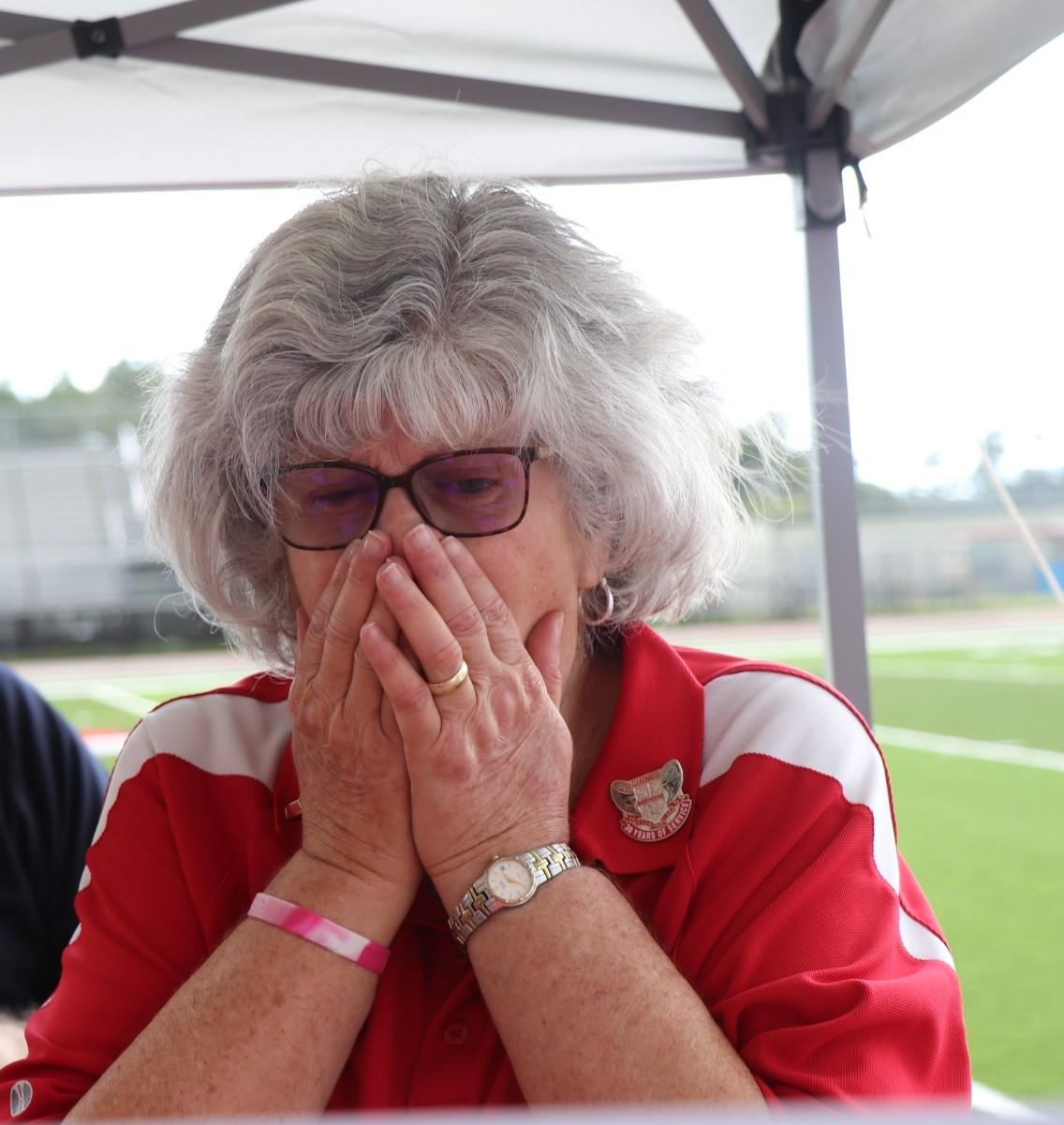 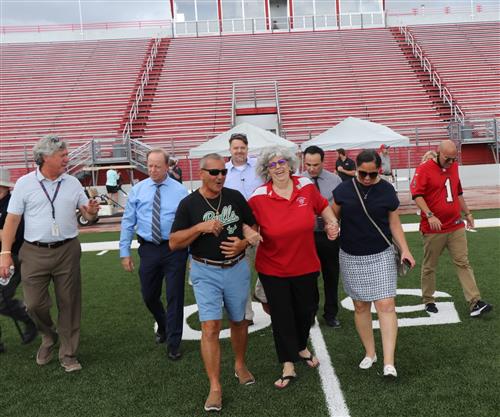 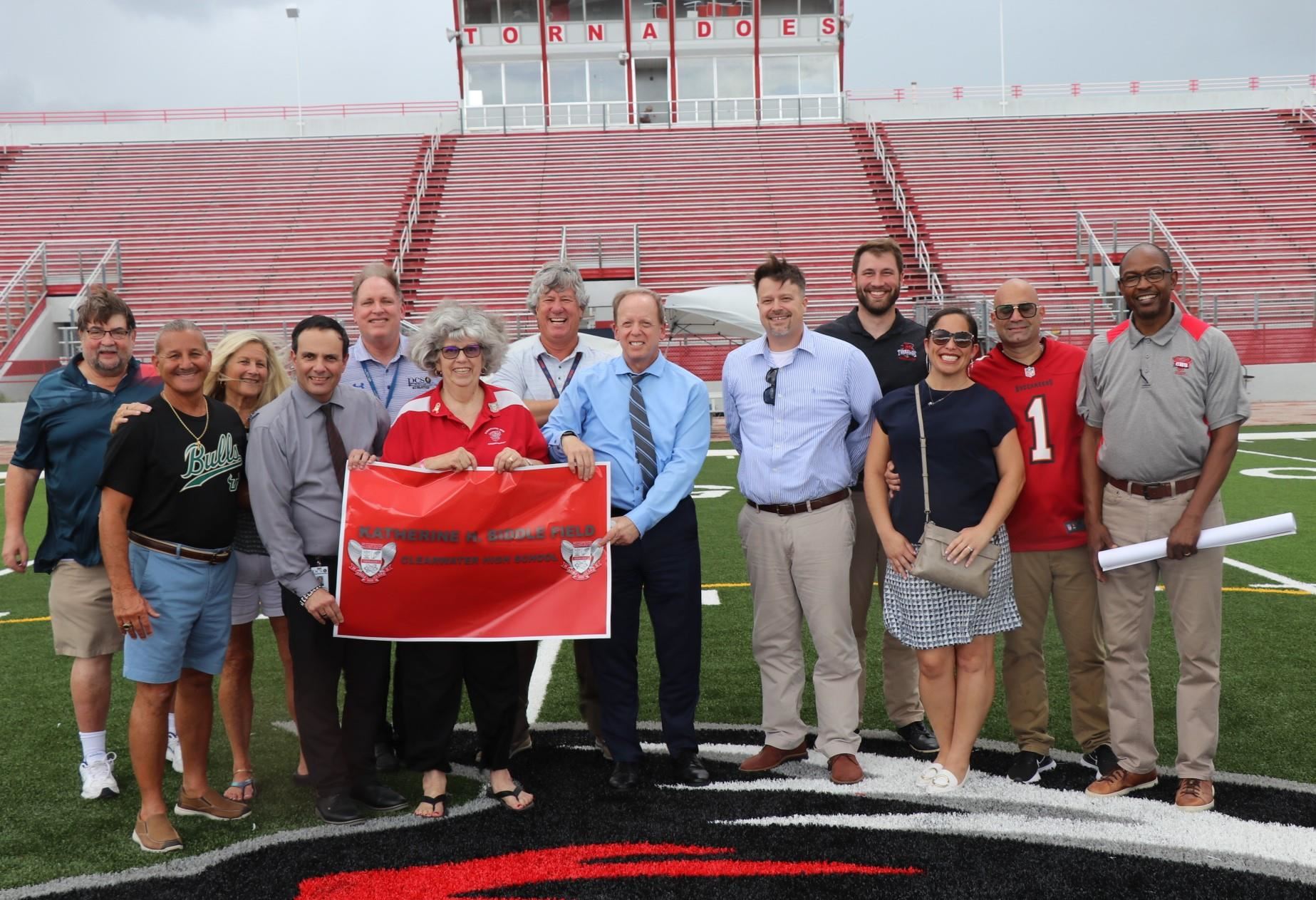