Zoe Webster and Annie Ho, who are both seniors at Boca Ciega High School, were awarded Florida Prepaid Scholarships. The awards were made possible by a partnership with Florida Prepaid, which entered into agreements with several school districts to promote Florida Prepaid College Plans.

To qualify for the awards, Pinellas students had to complete an application for the Pinellas Education Foundation Scholarship Program. A committee reviewed the applications and selected academically deserving students who want to pursue careers in education.

The awards were announced at today’s School Board meeting. Zoe and Annie were invited to the meeting, but they were not informed why in advance, said Associate Superintendent of Student and Community Support Services Lori Matway, who presented the awards.

Zoe Webster has a GPA of 4.4375 and plans to attend the University of South Florida. She has earned multiple recognitions, including the Dr. Mac J. Williams, Sr. Academic Excellence Award, Principals Honor recognition, Anne Frank Humanitarian Award, and the Boca Ciega Top 10. In an essay, Zoe described why she wanted to become a teacher. She said that she had hit "rock bottom" after she and half her family contracted COVID-19. She was very sick and had a hard time recovering. Her teacher, Ms. Vandewalle, was there for her and her family. The support continued even after Zoe passed Ms. Vandewalle's class and earned a 5 on her AP Psych exam. Zoe wrote, "She continued to check up on me and help me as much as she could. As I think about how I want to contribute back to the world, I decided that I wanted to be a teacher like her."

Annie Ho has a GPA of 4.4514 and plans to attend the University of Florida. She has received the AP Scholar with Distinction Award and the AP Scholar with Honors Award. When asked about a teacher's impact on her, she wrote about her elementary school teacher, Mrs. Hawk. Annie said that when she was young she developed self-esteem issues that stemmed from her insecurities about being an Asian American child. She had difficulty figuring out where she fit in, and she isolated herself for fear of rejection. “Mrs. Hawk took notice of this situation and pulled me aside one day and explained to me that I should never be ashamed of who I am because I was perfect the way I am,” Annie wrote. Mrs. Hawk “fueled my passion to become a teacher and I one-day hope I can become the wonderfully kind and intelligent teacher that she is."

Matway shared that she contacted Mrs. Hawk, who is currently a teacher at Anona Elementary, "And she is so, so proud of you," Matway said. Both teachers plan to reach out to Zoe and Annie, she said. 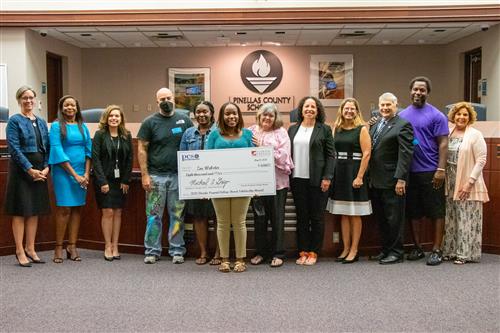 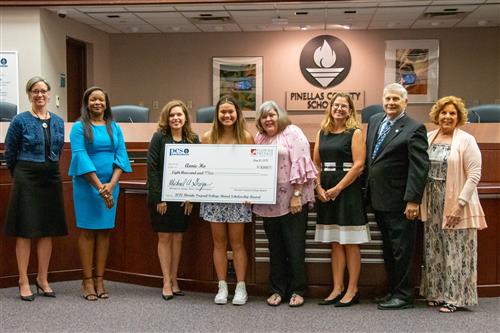