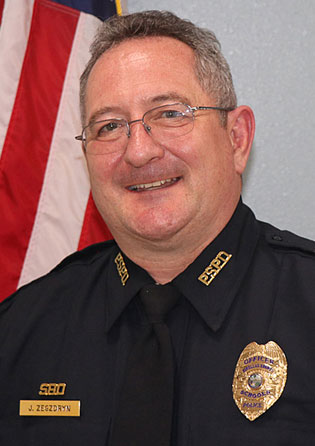 Officer John Zegzdryn has been in law enforcement for more than 30 years and has served for three police agencies. Most of that time, he served on the Clearwater Police Department as an officer, detective and sergeant.

His experience includes three years as a Field Training Officer, six years as a detective, six years as a detective sergeant, and fifteen years as a member of the S.W.A.T. team where he attained the level of Sniper Team Leader. As a detective, he worked both adult and juvenile sex crimes. He also worked physical child abuse cases and assisted with other investigations to include violent crime and property crime cases. As a patrol sergeant for fifteen years, he responded to a wide array of priority calls to include homicides, sexual batteries, robberies and other serious crimes.